Communiqué for a banner drop in solidarity with mutineering refugees.

We do not speak in place of, or wish to speak over the voices of the folks occupying the Ohlauerstrasse school. The actions of these rebels have echoed loudly and powerfully from Berlin to Istanbul, Athens and beyond. To threaten to burn down a building and jump off the roof seems to us to say: “revolt or death”. The occupiers’ threats to the city and cops express a clear refusal to passively submit to the fate set out for them, and a choice to instead use their bodies to enforce their survival. For nearly a week now the occupiers have endured constant police harassment on the roof, while rejecting as misleading and insuffi cient every empty “offer” from the city. For these actions we have only respect and admiration.

At the same time, we have sensed a certain discord between the content of such actions and the form of some of the language used to describe them. A discourse of “nonviolence” and “human rights” ke eps resurfacing, one which has made a point of distancing itself from “criminals”. We fi nd the refugees’ rebellious actions inspiring, but we won’t position ourselves against those who are structurally criminalized. We count ourselves as among those for whom today’s prisons are built, and don’t wish to portray ourselves as innocent or blameless...on the contrary. We do not strive to legitimate or represent ourselves within the existent. We see this as a losing game, which ultimately serves only to demarcate who is killable and rapable, while positioning the State as an ally. In addition, to place undue emphasis on acceptance and admission by the ruling elite renders us vulnerable to the good cops (Greens) / bad cops (CDU) trap, when we know that all politicians have no other agenda than eviction and deportation in the end.

The self-assertion of the criminalized cannot avoid bringing with it a dimension of social rupture, an unrecognizable and illegible element intolerable to the present order. Distinct from simple invisibility, to be unrecognizable in this sense can be a strength, if one accepts that integration within civil society is a dead-end street for many people. As the Refugee Strike movement has consistently highlighted, breaking isolation means more than simply revolting against the physical separation of bodies: it implies a refusal of the entire system of tracking, containment, control, and petty administration which is put in place to break down the ‘humanitarian’ subjects it governs, an entire system of soft tyrannies intended to make life under asylum unlivable.

Similarly, for us queerness is about mutiny, not acceptance or integration: if we refuse to attach any positive identity to our sexualities, this is because we have no interest in carving out a space of marginal recognition within this necrophilic civilization for a ‘legitimated’ queer subjectivity. As some friends elsewhere wrote, “we are captured by the state every time we make ourselves intelligible. Whether it be a demand, political subject, or formal organization, each intelligible form can be recuperated, represented, or annihilated [...] We have nothing to gain by speaking the language of, or making demands to, the existent power structures.”

We can fully understand the refugees’ immediate demand for and urgent need of legalization and papers. As for the three long-term demands of their movement (to close all Lagers, stop all deportations, abolish the Residenzpfl icht system), their strength lies precisely in their obvious incompatibility with the aims of the existing order: they serve less as terms for a peaceful compromise or a future date announcing the expiration of hostilities than as means to reveal the antagonism that defi nes the everyday life of illegalized persons in Germany. To persistently demand something that the system cannot accommodate can break open a horizon of what is not yet possible...it shows not that ‘nothing is possible’ but rather that ‘nothing presently imaginable is sufficient.’

However, as queers who refuse the symbolic integration of our bodies into the administered governmental space of market identity, and as people for whom anonymous and informal criminality will remain a feature of our lives as long as material survival is tied to the capitalist system of production, we feel it is important to affi rm, extend and circulate these confl ictual aspects of our existence, rather than to downplay, justify, apologize for them or attempt to make them coherent to the state and capital. We would rather break open new spaces of social rupture and illegibility than distance ourselves from all those for whom legality and legitimacy will never be an option.

While the day to day realities of our lives are in many ways distinct from those of the migrants who have barricaded themselves on the roof of the school, and those differences cannot and should not be erased, we see ourselves facing a common enemy: a state and civil society that wishes to police every aspect of our lives, to categorize and contain us, and a capitalist market which tosses away everything and everyone that is not immediately able to produce value for it. For this reason we choose to throw our support fully behind the squatters, not as allies but as accomplices. Against deportation, against all borders, against the false promises of legitimacy, legality, and innocence.

Solidarity and strength to the refugee rebels! 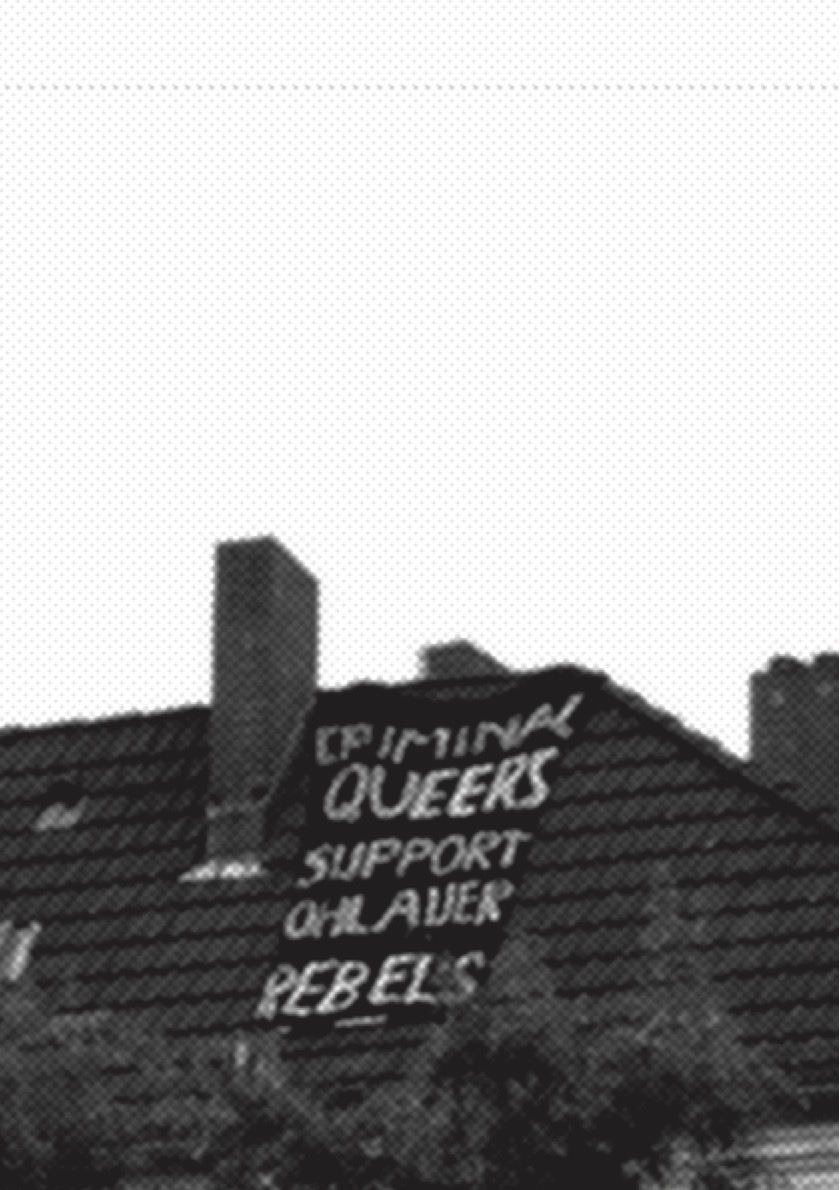 — Some criminal queers and accomplices