We wrote to Franco ‘Bifo’ Berardi to ask him what lessons the 1970s Autonomia movement had for our current struggles. His answer? Very little. In this essay, Bifo proposes we rethink autonomy from within the new horizon: that of our own extinction.

1. The Invisible Hand is Strangling Us

“The Invisible Hand is one of (neo)classical economics’ most enduring mythologies. Its magical power is to ensure that social benefit is maximised as long as everyone acts in their own self-interest through the market—apparently. But what if the Invisible Hand were less benign than this? The recent torrent of images of police brutality which have come out of the US, have got me wondering whether this is the Invisible Hand at work—keeping the Ponzi scheme we call capitalism at play. Maybe it was the Invisible Hand that knocked on my partner’s door a couple of years ago demanding instant payment on an old debt, ‘or else’. Perhaps it was the Invisible Hand that set off the brutal explosion that destroyed the 46,000 year old sacred caves of the Puutu Kunti Kurrama and Pinikura people in the Juukan Gorge, on behalf of Rio Tinto.” (The Invisible Hand, an art project by Lara Luna Bartley)

The Invisible Hand is clearly strangling humankind, as Gunther Anders had predicted already during the years after Hiroshima and Nagasaki. In his text, We, Sons of Eichmann, Anders writes that the template of Nazism will reach its perfection when technology will get the upper hand over human beings. Auschwitz had been the first experiment in the industrialised management of extermination, and today the conjoint forces of technology and racism are preparing the Endlosung on a planetary scale. As Anders wrote:

“We can expect that the horrors of the Reich to come will vastly eclipse the horrors of yesterday’s Reich. Doubtless, when one day our children or grandchildren, proud of their perfect ‘co-mechanization’, look down from the great heights of their thousand year Reich at yesterday’s empire, at the so-called ‘third’ Reich, it will seem to them merely a minor, provincial experiment.” (We Sons of Eichmann).

This appalling prediction is coming true. The automation of extermination, according to Anders, is the essential contribution brought about by the Nazi machinery, and in our postmodern and postindustrial age, the project of automated extermination can be implemented on a much larger scale than during the age of Hitler.

Activists that came of age during the second half of last century were not prepared to face a comeback of the sort of ferocity that once epitomized Nazism. But in the new century, that ferocity is back: the Trump administration has restaged horrific spectacles like the separation of migrant children from their families, one of countless acts of inhuman violence extending around the globe, and particularly against migrants.

The culture of the Italian Autonomia movement, of which I was a participant back in the day, did anticipate many aspects of the present transformation in the field of labour, technology, and class composition, but was essentially unable to foresee the exhaustion of economic growth, and was equally unaware of the persistent dynamics of fascist subjectivation. 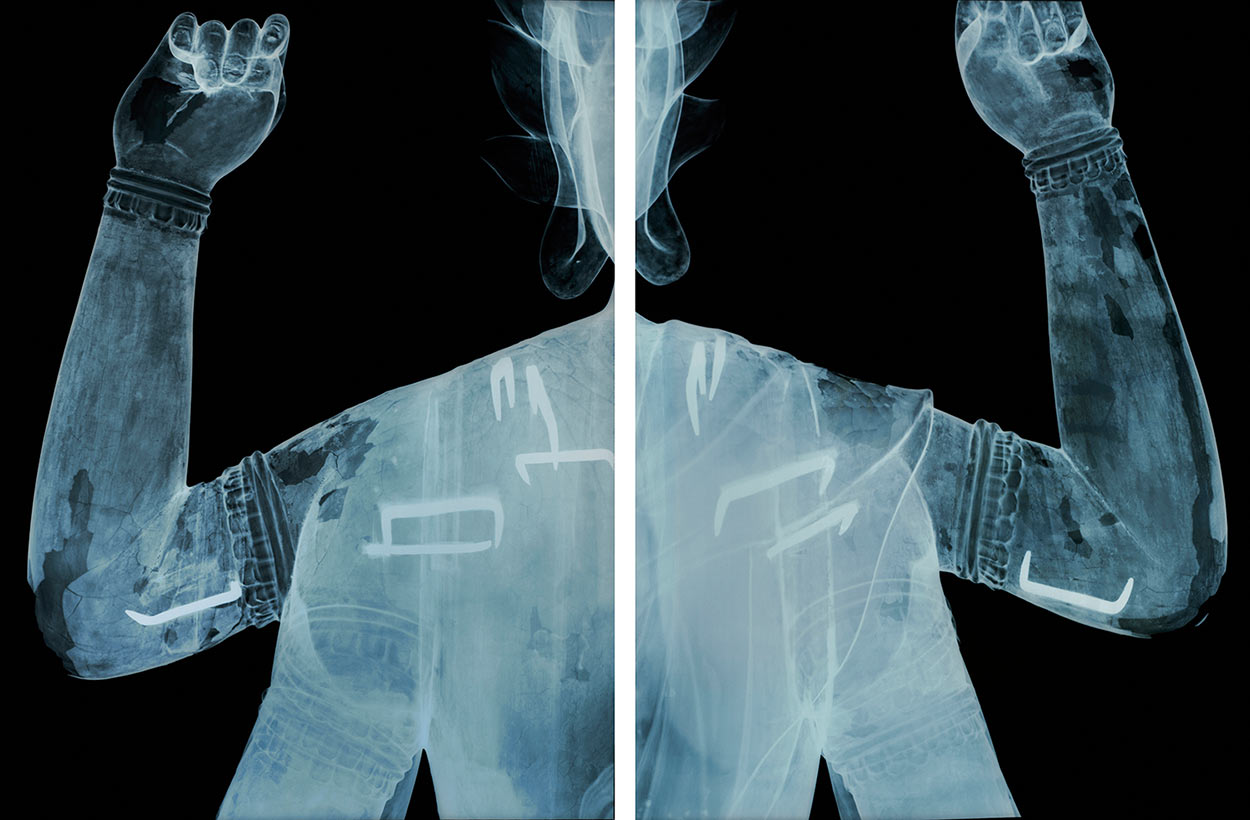 In spite of the publication of the report on The Limits of Growth (1971), we simply did not realize the long term effects entailed by a collapse of the physical environment, nor did we fully appreciate the effects of the psychic breakdown provoked by the unbounded exploitation of mental energies.

This is why, if we want to think about the strategies of the contemporary movement and the tactical forms of resistance that are needed now, I don’t think that my experience of the Italian 1970s helps all that much.

In the following notes, I try to reconsider the possibility of autonomous subjectivation from within the horizon of extinction disclosed by the pandemic collapse.

In Fall of 2019 a convulsion shook the planetary body: from Hong Kong to Bogotà, from Barcelona to Beirut, Quito, Baghdad, La Paz, Santiago and Valparaiso, young people, mostly unemployed and precarious workers took to the streets in a sort of global riot. No common strategy was visible in this upheaval, no common goals. What was common, however, was a sense of suffocation, of unbearable suffering, the sense of despair expressed by the words, ‘I can’t breathe’. Three movies of interest capture that moment: Joker, by Todd Phillips, Parasite by Bong Joon-ho, and Sorry we missed you, by Ken Loach.

Then, after the convulsion, the collapse.

The pandemics that spread in the first months of 2020 acted as a sort of psycho-deflation: the global machine came abruptly to a halt.

This breakdown should not be read as an insulated event, but rather as the revelation of a multiplicity of catastrophic processes that had been underway for many years, and which suddenly crashed together: economic stagnation, environmental devastation, psychic frailty of the social organism exhausted by techno-financial aggression and the digital acceleration of nervous stimulation.

Etymologically speaking, this is an Apocalypse: a moment of truth in which it becomes clear that the neoliberal economy is incompatible with the survival of humankind. What is the new horizon that we are (not so) slowly discovering during the pandemic threshold? Extinction. This word, which never belonged to the political lexicon, takes central stage in the social imagination for the first time in history.

Agonising movements for liberal democracy and neo-reactionary identity (national, racial, religious, cultural, and otherwise) converge towards global civil war: identitarian conflicts in every country of the world, violence against migrants, and geopolitical chaos. The economic aggressiveness of neoliberal globalisation has fuelled the dementio-cracy of Trump: demented senescent white males obsessed by the fading of their supremacy, by their impotence.

At last, neoliberalism is revealed to be the economic strategy of Fascism.

Social movements can do nothing to dispel this tendency. We must survive the storm, and we must create, multiply, and defend—by any means necessary—virtual and physical spaces of respiration, self-therapy, social and technical experimentation.

The insurrection that followed the public execution of George Floyd by the Ku Klux Klan in blue uniforms has marked the emergence of a subjectivity that is simultaneously anti-racist, multi-racial and anti-capitalist, and acts as massive therapy for the suffocating body of the precarious class, the new intergenerational and interracial proletariat of the United States.

In the wake of the pandemic, riots have been the only way of avoiding suffocation: insurrection is first aid for the social organism and the social brain.

But now, despite the fragmentation of the precarious social body, we must perform an act of strategic imagination: what is the agenda of the movement for the coming time, particularly in the U.S., where the elections—no matter who wins—will likely open a period of widespread instability and violence? 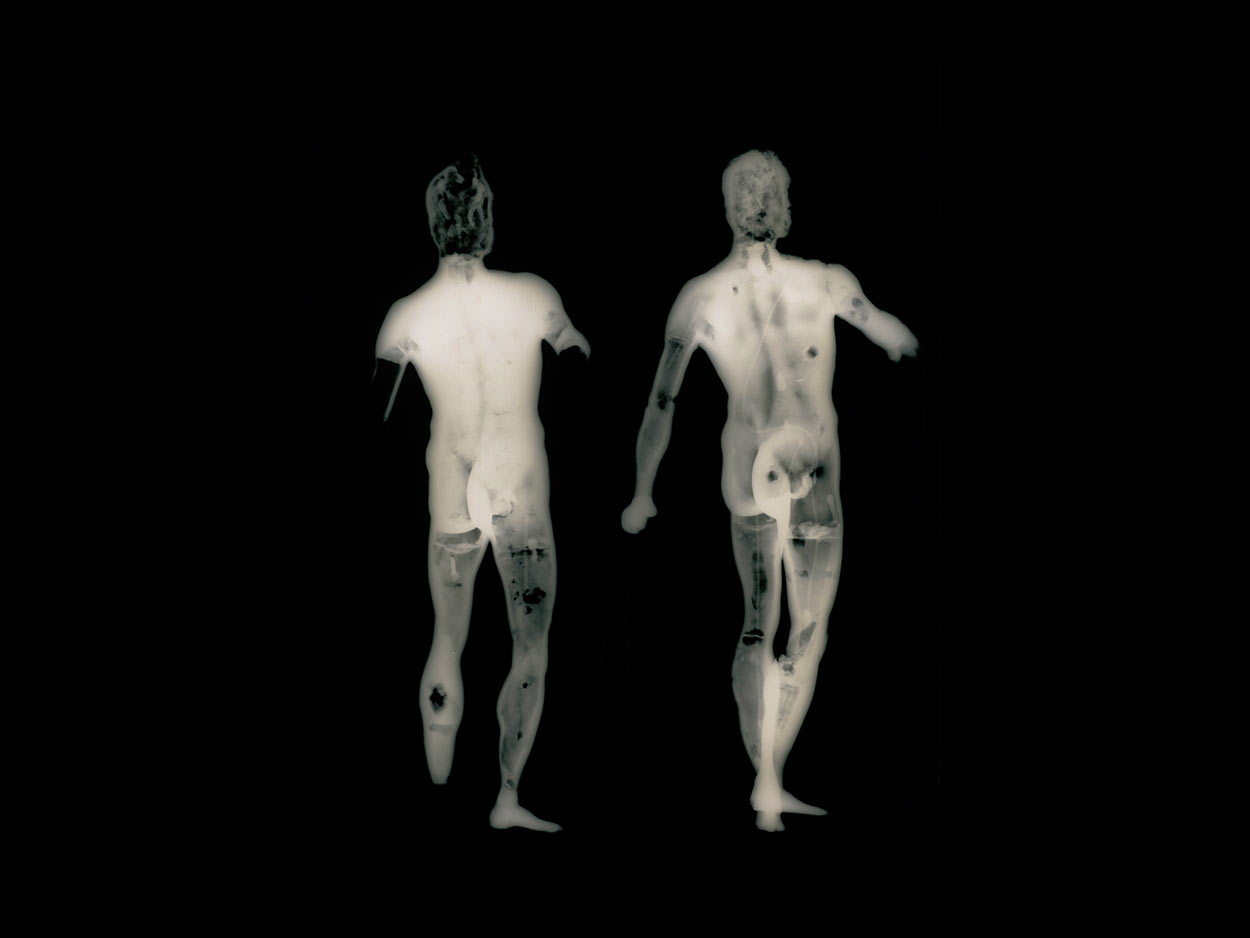 Should we be involved in the American struggle for power, or should we stay out of the fray while the disintegration of the U.S. unfolds?

Social movements should not be trapped in the struggle between liberal (imperialist) democracy and nationalist dementio-cracy. Nevertheless we should seize every occasion for the creation of spaces of autonomous life, and we should constantly assert and reassert a simple concept: redistribution of wealth is the only way out of hell. Equality, frugality, and redistribution of wealth.

Whatever financial measures the state may take, the capitalist economy will not resurrect itself. No recovery, no growth, no social peace are in sight for the next ten years. Still, as long as we are unable to escape the corpse of capitalism, this corpse will continue imposing its rules upon us, which no longer correspond whatsoever to the dynamics of social possibility.

In this period, as we resist the convergent aggressions of racism and corporate capital, as we attempt to survive, we must learn the lesson of the pandemic collapse: the integrated domain of techno-financial abstraction was severed by the biological materiality of the virus. What is needed now is not monetary abstraction, but useful products of knowledge and cooperation: food, care, education. Nutritional self-reliance, public health measures, and autonomy in education will be the concerns of the social movement. We know that this will not happen peacefully, and that the violence of economic power and of fascism will constantly threaten social autonomy. Therefore, the problem of self-defence must be a permanent subject of awareness and experimentation.

Presently, as the pandemic continues to unfold, large corporations are extracting enormous profits from the widespread distress, and inequality is skyrocketing: a small minority of people are thriving on the suffering of the large majority of the human kind.

This is the effect of a rule that is embedded like an automatism in our language, imagination, and daily life: subjection to monetary rule, and above all to debt—it’s a mental trap that the ongoing trauma just might possibly sever. This trauma will unfold over a long period of time, as its effects in culture, behavior, and in the collective unconscious are progressively registered.

We must act upon our post-traumatic mental evolution: we need to heal and simultaneously to revive solidarity.

As the global economy will be in a state of permanent collapse, society must learn to become independent of the market, and must create the conditions for extra-market survival. We must experiment at a small and large scale with nutrition, education, sanitary self-reliance, and the deactivation of monetary rule over everyday life, whenever and wherever this is possible.

The expropriation of the expropriators must to be organised scientifically—a redistribution of wealth is the only way to avoid a planetary holocaust.

Non-recognition of debt must be declared whenever and wherever it is possible. A general insolvency has to be organized.

I know that this is wishful thinking at the present moment.

I know that the majority of people are seeking protection in identity, belonging, nation, race… and this is escalating war. I know that we cannot stop this trend, as the aggressive energies accumulated in the past decades, and exacerbated in the Trump years, are inertially headed toward a clash. I know that this storm cannot be dispelled completely; however, we should try to sidestep the storm as much as possible, and to create spaces of autonomy.

Extinction has emerged as the horizon of our young century.

Let’s relax and accept this reality, and not panic. After all, to devolve sooner or later into nothing is the fate of every organism.

For now, the question is this: is a happy life possible within the horizon of extinction?

If not, we’re doomed, and extinction will be the only outcome of frantic competition and military enmity, after a period of expansive hell.

But I don’t believe that we are doomed—yes, a happy life is possible within the horizon of extinction.

Individual extinction is in no way a new perspective: we are familiar with the prospect of our individual mortality. However, we have managed here and there to create the conditions for a happy life, haven’t we? So this is the task: to create and proliferate conditions for happiness, no matter what.

Reality is brutal, but we must avoid growing brutal ourselves: this, today, is one possible meaning of the word “autonomy.”

Only when a large minority (a movement) is able to show that a happy life is possible in the horizon of extinction, can a line of escape from extinction possibly be found.