In his preface to The Inoperative Community, Jean-Luc Nancy writes,

However, as Nancy has constantly sought to convince us, our being-in-common does not have an essence, nor should it strive to give itself one. And anyway, Western philosophy's political programs "have come to a close."

If the political was always based on a fictitious closure, and if these fictions have today become exhausted, the question for us, Nancy writes, is as follows: “what might a politics be that does not stem from the will to realize an essence?”

Throughout the 1980s and '90s, Nancy (alongside Lacoue-Labarthe) highlighted a series of dangers that attend such a task. On the one hand, Heidegger’s forays into Nazism revealed the pitfalls of an effort to found a People on the retrieval of a mythologized origin. Yet origins aren't the only risk to worry about. The flip side of Heidegger's “archē-fascism” (as Lacoue-Labarthe called it) may be found in Georges Bataille’s search, particularly in the 1930’s, for an experience of communion in the shattering intimacy of ecstatic loss, itself modeled (through repetition) on an originary sacrifice. For Nancy, Bataille’s efforts to resacralize existence, to frontally attack the barriers between myself and the Other through a depersonalizing experience of pure loss, ultimately becomes a work of death — just as it will for us, I might add, if we allow the collective risk of death in combat to become the principal basis of our affinities. Since the sacrificial logic of expenditure-without-return remains merely a simulation until it reaches its limit, in the end it must always demand the death of the sacrificer as well as the sacrificed, in an escalating and untenable logic of fusional horror.

From this vantage point, and notwithstanding their enormous political and affective divergences, Heidegger and Bataille represent inverse yet surreptitiously linked poles of an apparatus that traps our thought of community in a problematic of grounds or “fusion” for which death remains the tacit model.

By contrast, the experience of community for Nancy is the opposite of a headlong dash into the infinity of dark intimacy. It is an exposure to an excess which is inappropriable, an exteriority or outsideness to oneself. Communism, we might even say, proceeds from the affirmation of the impossibility of a pure immanence or communion. Nancy calls the consciousness of this impossibility of total intimacy 'communication' or ecstasy, and his many books that describe it — including his landmark exchange with Maurice Blanchot in the 1980s, which should be considered necessary reading — represent decisive and original contributions to contemporary insurgent thought.

At the same time, however, the task of a ruthless deconstruction of community has all-too-often lent itself in practice to a cynical capitulation of ethically sanitized liberal-democratic schemas of tolerance and ‘respect’ for the Other. If we wish to follow in Nancy's footsteps, and to repoliticize the existential theory of community around a new set of destituent questions and problems, we will have to push beyond the forced choice between a mythological retreat onto archē-fictions on the one hand, and a quietistic 'deconstructive' skepticism on the other. We must seek neither restoration nor retreat. What, then, are we to draw from Nancy’s an-archistic conception of existence as “com-pearance”?

As the dominant image of politics, the tradition of sovereignty has always been based on a philosophical anthropology of a life in need of, and desiring of, governance. To this essential insight, shared by many post-’68 thinkers (and anarchists before them), Nancy adds a further observation: the shipwreck of classical politics originates, he argues, in its effort to constitute a community of common experience and belonging. To found or ground community invariably means to ascribe to it a sense, aim, and standing, whether metaphysical or anthropological. (Here, even anarchism must be careful). To constitute a community is to codify it, to give form and function to a (purportedly) common set of beings, and thereby to institute a normative regime of legitimate belonging.

Since Nancy saw no way to codify a community that avoids this archē-violence, the project of Western parliamentary politics is, in his view, fundamentally dead.

Still, we want to live together, and with one another. For many of us, this does not imply any interest in governing others, or ourselves. We wish to become, and remain, ungovernable. This basic impulse is a driving current in much contemporary theory. Moten speaks of it as a drive toward an “unconquered life.” Agamben describes it as a “destituent power” or a form-of-life. Jared Sexton evokes an “unsovereign” or “baseless" politics, a politics without foundation. What is it that gathers these disparate elements of the contemporary anti-political or destituent current?

One way to answer the question would be to emphasize their shared hostility to the three essential prongs of constituent politics which, it seems to me, are as follows:

If communism today is an anti-politics, it will of necessity be in-human, in-tolerant, and partisan. It speaks and acts not in the name of a moral humanity, but from worlds, and seeks not the conquest of institutions, but a proliferation of vital forms.

If a destitution of power is to succeed, it must proceed first of all from a refusal of our own legitimacy, i.e., of our standing within that sphere of abstract ‘political innocence’ to which juridical Recht appeals. To secure for oneself such a standing or “standpoint” (Moten) has always meant abandoning or passing over our sensible contact with other living beings, in favor of an appeal to the supposedly ‘neutral’ element of moral and legal legitimacy. It is in this sense that parliamentary politics has, since Hobbes, been founded on a preliminary destruction of experience, the erasure of every situated truth. By contrast, from Gezi Park to Sudan or the ZAD, every declaration of the commune, every destituent oath stands somewhere, it inscribes itself in the place it has constructed. Because such an oath proceeds not from a generic ground but from a singular attachment, it carries within it an immanent (re)distribution of the tolerable and the intolerable. In this way, the commune announces a break with schemas of affective populism that constituent politics cannot do without.

Jean-Luc Nancy’s writings help us both to appreciate and to affirm the distance that separates the ‘common’ we discover in and through contemporary uprisings (and this, in spite of the negativity that catalyzes them) from the constituent fictions on which Western politics has based its images of belonging. For Nancy, there is a qualitative difference between the exteriority that defines the space of Politics [la politique] or social management, on the one hand, and the communism of lived existence on the other. As Jason Smith explains,

Communism in Nancy is an ontological proposition, one concerning our finitude or facticity. It is posited or asserted as a fact: "before all else, we are in common." Exposition (le politique) precedes and is recalcitrant (even "resistant") to both "society" and to politics (la politique) conceived of as the ‘management of social divisions’, of interests, distributions of power. Exposition or the spacing-out of being-in-common is the "truth of any given community," which resists any reduction to a substance or sum to be divided and exchange, i.e. it resists any subsumption under a general equivalence.4

Much in the same way that Moten and Harney will later do in their Undercommons, Nancy argued already in the 1980s that politics never coincides in fact with our existence-in-common, which always occurs in retreat from it. Today, as the collapse of governmental legitimacy exposes “what scabby legs have propped up the reign of fraud and lies” (Peter Weiss), Nancy’s thinking calls upon us to rethink the relation between self and other, singular and common, starting from our intimate yet pre-personal experience of a contact-without-relation, or what he calls the “spacing” of the world. If there is a common in communism, an experience of sharing that defines it, it must proceed from a deep sense of our own existence as irremediably outside of ourselves, as displaced into an inappropriable world, a deep sense of our own groundlessness. “‘To be exposed’,” Nancy writes, “means to be ‘posed’ in exteriority…an outside in the very intimacy of an inside.” For this reason, if communism coincides with an experience of truth, what is proper to its existence is to reveal ourselves to ourselves and each other only through a mutual expropriation. Whereas the community that “becomes a single thing (body, mind, fatherland, Leader...) necessarily loses the in of being-in-common, and yields its being-together to a being of togetherness,” the community of communism must be “presuppositionless,” since it “is made of what retreats from it: the hypostasis of the ‘common,’ and its work”:

Community is given to us — or, we are given and abandoned according to community: it is a gift to be renewed, to communicate, not a work to be done or made. But it is a task ....(a task and a struggle, this struggle that Marx had the sense of — Bataille understood it — and whose imperative can in no way be confused with a ‘communist’ teleology…)

What is common, what binds us irrevocably to the world and each other, is a bond whose activity unbinds us and uproots us, while submitting us to the unclosable exposition of a Mit-, a being-with the world and one another. To affirm the common must likewise mean to commit ourselves to the destruction of all the paltry representative fictions and stultifying apparatuses that intervene upon and mutilate our singular exposure to the world, that neuter our contact with reality and maintain us in a condition of indefinite suspension.

It is in this spirit that we mourn the loss of Jean-Luc Nancy not merely as a luminary and a teacher, but as a comrade, as a friend. 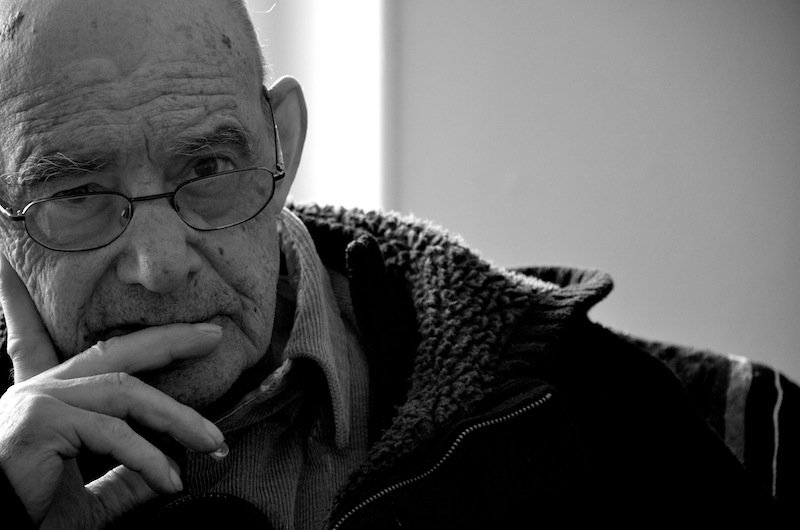 1. On this term, see Giorgio Agamben’s The Open - Man and Animal and What is Philosophy?  ↰

2. This term was coined in the manifesto, “Fire to the Houseprojects.” Available here. ↰