1. Acceleration. The irruption of the coronavirus did not mark the point of departure for a substantive change, yet neither has the previous state of things continued unscathed. What we have witnessed is rather an acceleration of the tendencies immanent to our contemporary societies of control. In the 21st century, acceleration acts on the basis of two moments of shock: the first was unleashed on September 11th, 2001, with the attack on the Twin Towers; the second was deployed starting on March 11th, 2020, with the W.H.O.’s declaration of a coronavirus pandemic. The first accelerated the mutation of the apparatuses associated with American “national security”—the world police—and the implementation of states of emergency at a global level in the form of interventions and material pressures. The second accelerated the mutation of the biosecurity apparatuses attached to the biomedical episteme and the global implementation of states of emergency in the form of quarantines. This twofold acceleration further advances the transformation of the metaphysical project of cybernetics (a millenary project oriented toward the governance of bodies) whose final form has crystallized into the current totalization produced by neoliberal rationality.

2. Global civil war: The current acceleration triggers a form of global civil war in which the enemy becomes “invisible” because it inhabits the interior of either the political or the biological body. In the political body it is described as “terrorism” and activates securitarian conspiracy, whereas in the biological body it is called a “virus” and activates biomedical conspiracy. Neither terrorism nor epidemics have a precise territory nor a particular temporality: the space in which they circulate is global, and their time is one of absolute simultaneity. Whether one is dealing with terrorists or viruses, there is no longer any “outside”, since anybody can be a potential threat. They are not encountered “outside” bodies (whether state or biological) but “inside” them, exploding them from within, unleashing an “intensive” or “capillary” governance over bodies. The result is a re-balkanization (Mbembe) of a global civil war (Agamben) unfolding in multidimensional conflicts (Galli) that erupt everywhere. 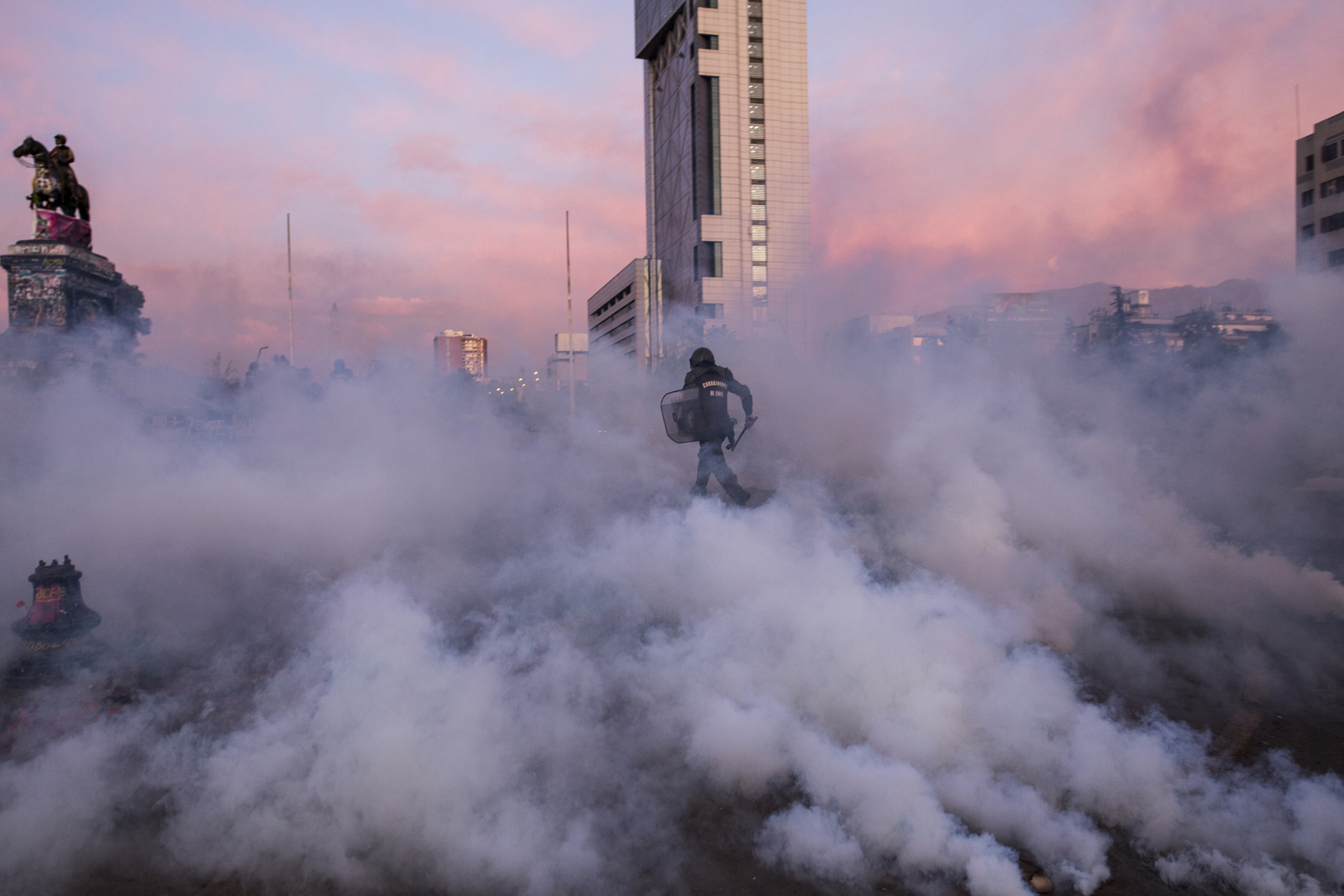 3. The global is not the world. We are witnessing an unworlding [desmundanización] of the world and a planetary globalization. If in the world there are others, there is a grainy and uneven surface marked always by an opaque luminocity, in the global there are no longer others, while every surface becomes smooth and the light is always transparent. The acceleration of the metaphysical project of cybernetics seeks to superimpose the global upon the world by posing the most serious and decisive issue of all: the destruction of the possibility of inhabiting a singular life or, in other words, an ethical life.

4. An-arché. The set of intifadas (revolts) that we are witnessing on a planetary scale have suspended historical time, thus halting the speed of cybernetic acceleration. The demand they harbor consists in putting the intensity of life before that of capital, subtracting its rhythms from the signs of power. But putting life before capital cannot translate into a progressive neoliberal policy that would reinstate the naive humanism administering the war machine, and which has been so efficiently accelerated by today’s neoliberal fascism. Progressivism and fascism are the twin faces of the cybernetic project to which we cannot succumb. The revolts have provided imagination with a force that makes it possible to become other than ourselves. As a result, they are often misunderstood by an order that accuses them of nihilism and nonsense. But that is because the festival of popular imagination irreducibly ruptures the cybernetic regime that had once imprisoned it: if, in its acceleration, the latter deprives us of all possible temporality, in its violence, revolt embodies a destituent moment that, by suspending acceleration, gives the multitude a “now-time” not measurable by the hands of the clock, thus offering the an-arché of a beginning. 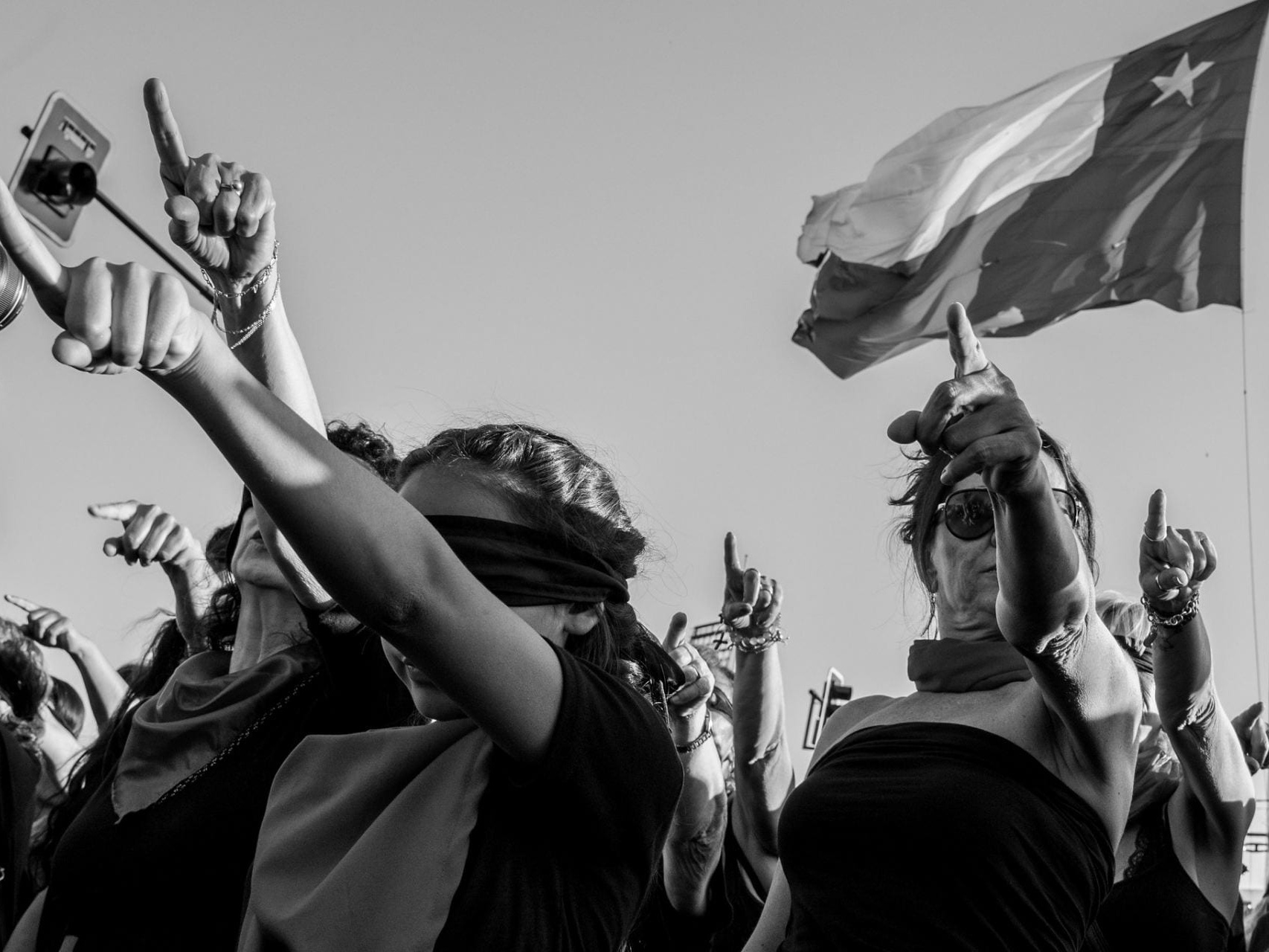 5. Destitution**.** The Constitution of 1980 was the legal crystallization of the metaphysical project of cybernetics, one which transformed national-Catholic political theology into neoliberal political theology. The aim of this transformation was to make the governance of bodies more efficient, while preventing the explosion of imagination. Strictly speaking, this constitution signals a precise inversion of Hegel’s Philosophy of Law, since, as its “Article 1” states, it does not position the state as the engine of history but rather the “family” and “society.” In doing so, it struck an ideological and strategic blow to Soviet Marxism (which had, for its part, also claimed to invert Hegel). Unlike the 1925 Constitution which, through the idea of “development”, still had a minimal tendency to nationalize the economy, the new Constitution, under the idea of “growth”, ends up economizing the State, thus renewing the pastoral techniques of cybernetics, only now under a neoliberal framework. October 18th erupted like a virus into the body of this constitution and completely destituted it, reducing it to a law whose validity is in force, yet without significance.

6. Form of life**.** This destituent power has opened up a process unprecedented in the last 50 years. Yet, as a revolt, it remains—and will remain—irreducible to the possible forms of translation to which it has given rise. It remains instead like a guardian against new possible forms gaining hegemony or, if these possible forms fail to gain hegemony, against the renewal of the Oligarchic Pact in a new constitutional text. The revolt has offered us a means of inhabiting the world devastated by the global order imposed on it by the 1980 Constitution. In an abject and transfigured way (as Al Farabi understood prophecy), what this devastation calls for is not for a new faith bestowed by some new pastor figure, but the affirmation of a new form of life. It lies not ahead or beyond the now in an “ideal” to be achieved but never fulfilled, but rather, as Marx insisted, it comes about monstrously in the “now” of its knowability.