With the one-year anniversary of the Gilets Jaunes (“Yellow Vests”) protests in France just around the corner, the Cerveaux Non Disponsibles collective published the following statement in anticipation of the myriad of “after the Gilets Jaunes movement”-analyses that will undoubtedly characterize the mainstream coverage of the event.

November 2019 has arrived, bringing in its wake the one year anniversary of the Gilets Jaunes. Those who talked about running out of steam in January, then this spring, then again this summer, still don’t get it: the essence of the movement, encoded in its DNA, is that it can’t end.

Each social movement has its own temporality, its own specificity, its own way of ending. A few months after a huge strike, mass protests or popular uprisings, the media and political experts wrap up the sequence in newspaper and file it away in the archives of History. They then talk about it in the past tense as they analyze the consequences. 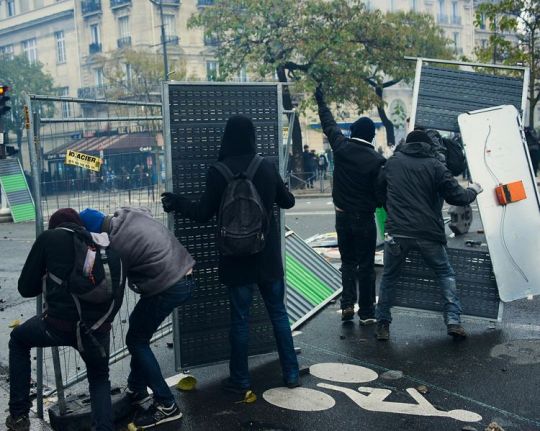 Why? Because the Gilets Jaunes are not just another strike or protest movement. The people who for 11 months have been engaged in this dynamic will never return to their former life.

The Gilets Jaunes have not lived through a social movement — they have lived through a rupture in their life. A break with the hum drum ordinary imposed by a consumerist society. A rupture in the way they see themselves in relation to others. The idea that it is possible to have other relationships besides professional or familial ones. That the deliberate fragmentation forced on us by this ultra-liberal society is not inevitable.

It’s also a rupture in the face of power: politics, the economy, the police. Thousands of people have been injured, arrested, sentenced, insulted and scorned. All of these people have seen the mechanisms in place to protect the interests of a few. Mechanisms of stigmatization, exclusion and permanent terror. For many, the police is no longer the institution meant to protect citizens. The justice system is no longer the institution meant to punish dishonest people.

The Gilets Jaunes get it, because they had to experience it, physically, with their bodies and in their lives. They understand that existing institutions are now used by the powerful to protect the wealth and position they have acquired by preventing any radical change to society.

This awareness, this shift in perspective, will never just go away. You can’t return to the darkness of the cave after getting out and seeing the light of day.

The Gilets Jaunes are in perpetual movement. It’s a process of bodies and minds. At the roundabouts, in the cabins, during blockades and in the middle of demonstrations, Gilets Jaunes meet and learn about each other. They aren’t stuck on principles theorized by others. Each encounter, each discussion, each action makes them evolve. 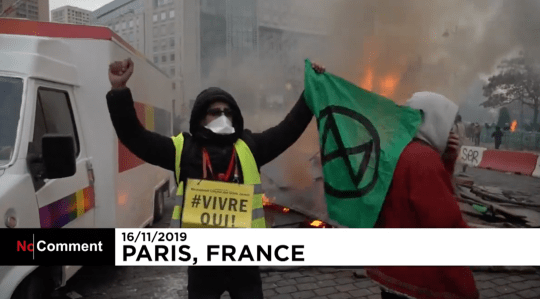