While the idea that we are living in apocalyptic times has today become a piece of common sense, its truth remains highly questionable. When one considers the various discourses that ape each other across the infosphere, one has the impression of a certain superficiality, of a generalized yielding to the “spectacle” of the apocalypse, and certainly not of its assumption in a genuinely prophetic sense. Mass imagery is inspired by Hollywood films and TV series, not by that great book that John wrote during his exile in Patmos.

The need we feel—and it is a need—to introduce the anomalous discourse proposed here is not born of the virus, but comes from deeper and further away. A prophetic twentieth century voice once said that the real catastrophe is that things remain as they are—it is from this sentiment that we depart today. We are easily and frequently dazzled by the civilizational malaise that intimately invests our lives, a malaise that shows us that capitalism has become, if it has not always been, a “mode of destruction” rather than a mode of production; and so we say that the current global pandemic has merely revealed this state of the world. And yet, rather than assuming this revelation as a challenge to the world—or, more precisely, to “worldliness”, as has always been the case with the apocalyptic tradition—the apocalypse in the commonsensical connotation of the media paradoxically experiences it rather as an affirmation of it. 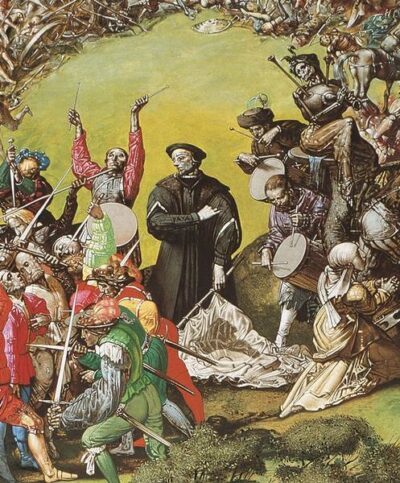 We are so enmeshed in and permeated by the spirit of our world that what is evident becomes invisible, while lies everywhere appear as evidence. It is for this reason that it seems so evidently necessary to adopt the posture of those first monks of the Christian age—xeniteia in Ancient Greek, or peregrinatio in Latin—a posture of estrangement with respect to dominant society and to one’s own social identity.

To become foreigners, to be ‘in the world but not of the world’, can also serve as a means to overturn the meaning of ‘social distance’. Whereas the latter quickly shifted from a prophylaxis to a means of intensifying the already extreme atomization of men and women, let us instead assume that “pathos of distance” that Nietzsche posed as a task to free spirits, not only as a critique of atomism, but as the affirmative mode through which every living force relates to one another.

It is, or in any case ought to be fairly well known that the relations that obtain between early Christianity, monasticism, and the subsequently ecclesiastical structure, on the one hand, and the historical and in a certain sense theological history of communism on the other – the latter understood as a universal liberation movement not reducible to Marxism alone – are in certain respects originary.

Where Ernst Troeltsch spoke of apostolic Christian communities and the early centuries of a ‘communism of love’, Walter Benjamin unflinchingly maintained that the classless society preached by modern communism was nothing more than a secularization of the messianic kingdom. In this sense, perhaps we should complete the famous judgment handed down by Schmitt, according to which ‘all concepts of political theory are secularized theological concepts’ with the addendum that ‘all the concepts of revolutionary theory are secularized theological concepts’. 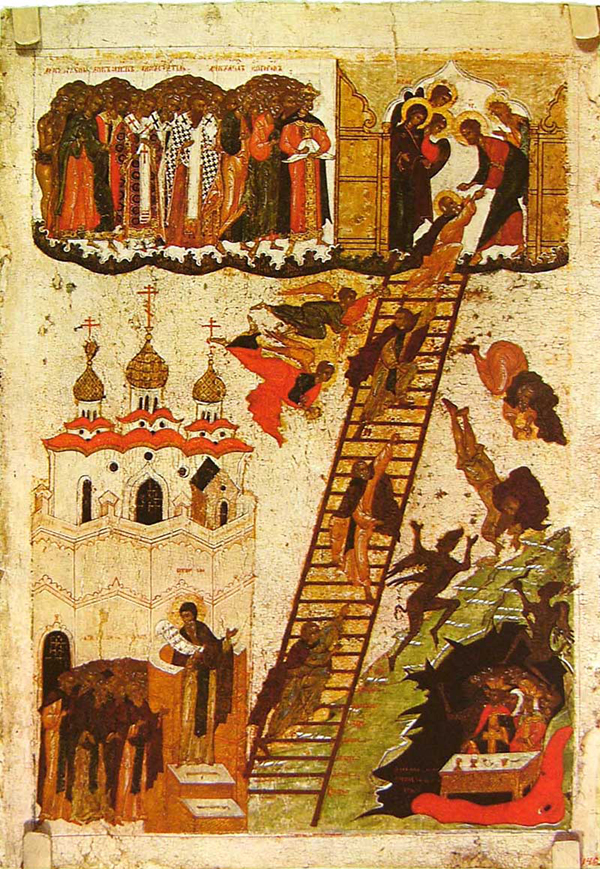 On closer inspection, it is as if in the history of communism, the two sides in question—the theory of the State and the theory of the revolution—met at a certain moment and clashed, then merged, and finally arrived at a common blind spot, unlike that of the Church, in which institution and destitution appear to be contained in the same vessel that throughout history has oscillated now to one side, now to the other, but without one of the two forces ever being annihilated by the other and disappearing altogether. This is one of the “mysteries” that we would like to investigate. In fact, neither Christianity nor communism can be reduced to doctrines, nor can they be fully identified with any particular institution: every time this has happened, it has resulted in total catastrophe. Both belong first and foremost to a history, a living tradition that for both is, originally, that of the oppressed, the exploited, the humiliated, and the wronged.

However, if the appearance in modernity of a “Christianity without religion”, as Dietrich Bonhoeffer so acutely described it, was accompanied by a communism without dogma, it must be recognized that the over two-thousand-year-old vitality of the Church, although troubled, has rarely been matched by a party or State that was able to endure more than a few decades.

The Brazilian bishop Helder Camara used to say: when I feed the poor, they tell me that I am a saint; yet when I ask why the poor have no food, they tell me that I am a communist. In the face of all this talk, it is rather comical to see reactionaries accusing certain figures of the Church of being “communists” when they preach or act on behalf of and with the poor, when it is quite clear that it is communism that has always had a shaky footing in the Judeo-Christian tradition. But this customary observation also applies to the field of communism, where those who set theological questions as guidelines, starting of course from eschatology, have been and are treated in turn as “heretics” or are simply misunderstood, if not pitied or mocked.

Ivan Illich has argued that, contrary to popular belief, contemporary Christianity is the most fully Christian era to date, and this despite or even because of its so-called secularization, the fact that Christianity has been reduced to a minority in the world, and even its perversion as a religion. As such, and beyond the so-called death of ideologies and the historical failure of their attempted realizations, perhaps we could and should say that the present era is an era of fullness for communism too, if only we could see beyond the thick fog of media chatter.

We are particularly interested in the history of monasticism, beginning with its most ancient period, that of the Desert Fathers, and passing through those experiments at the margins and on the outside of its institutions, from the beguines and the famous heresy of the Free Spirit up to the various contemporary experiences of invisible communities today, in which hermetic or cenobitic life is practiced. So, the wager that we feel like making, with all necessary modesty and every possible caution, would be to position ourselves, almost as disciples, within the centuries-long wave of monasticism that became foreign to the world as it was, not merely to reject it, but in order to fight it. There is no question here either of a fuga mundi 1 or of a defence mechanism; what is at stake is rather the opening of a new front of attack, one that does not abandon existing fronts but rather builds upon them, once the specific necessity of the times has been measured and verified. 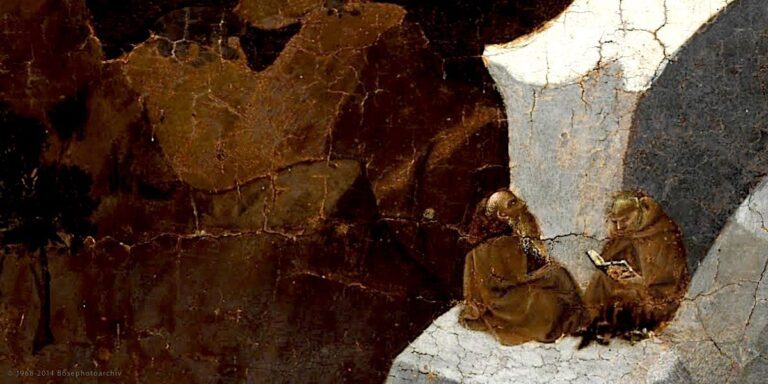 In this way we propose to read, in its different practices, even inter-religious ones, the possibility of thinking what it means or may mean for us today to hold together a contemplative and a combat dimension. The vocation or calling of the monk and the nun does not consist only in listening and healing one’s own interiority, but responds to the cry of reality, and obeys it. To look only within oneself inevitably opens the door to the demon of sadness, whereas the word ‘contemplation’ itself alludes to a free gaze towards heaven that inspires action.

Monasticism posed to itself and tried to resolve, in different ways to be investigated, the great questions of how to live together, how to inhabit the self and the world, and to bear witness to the ‘messianic kingdom’. A kingdom that, it was proclaimed, is already among us. If we want it. Questions that have always traversed revolutionary movements and that have preoccupied many of us in recent years without us arriving at any convincing thought and practice. This is all the more true today, in a time of radical suspension of social life that presents us with extremely challenging questions not only as regards forms of production, but above all about our forms of life.

Worldly life and the kingdom, solitude and community, institution and destitution, strength and grace, spirit and law, contemplation and combat, each of these pairs of words brings us back to the mystery of the world, of history, and what we might call ‘the dimension of the beyond’.

A great yet forgotten philosopher of the twentieth century, Brice Parain, who was above all a strange communist and a strange Christian, wrote in the ’40s that the first monastic order of the contemporary age was born with the Soviets in Russia, that it was precisely to communism that the contemplative dimension of ‘silence’ belonged, a militant silence awaiting the Word.

To seek to understand what Parain meant by this ‘bizarre’ theory, and to elaborate it further, will be among the themes dealt with in this space of reflection and investigation that, for the moment, as restless explorers, we intend to test out in a column that will appear simultaneously on two sites, quieora.ink and dellospiritolibero.it.

Translated by Ill Will

First published in English on the Verso Blog